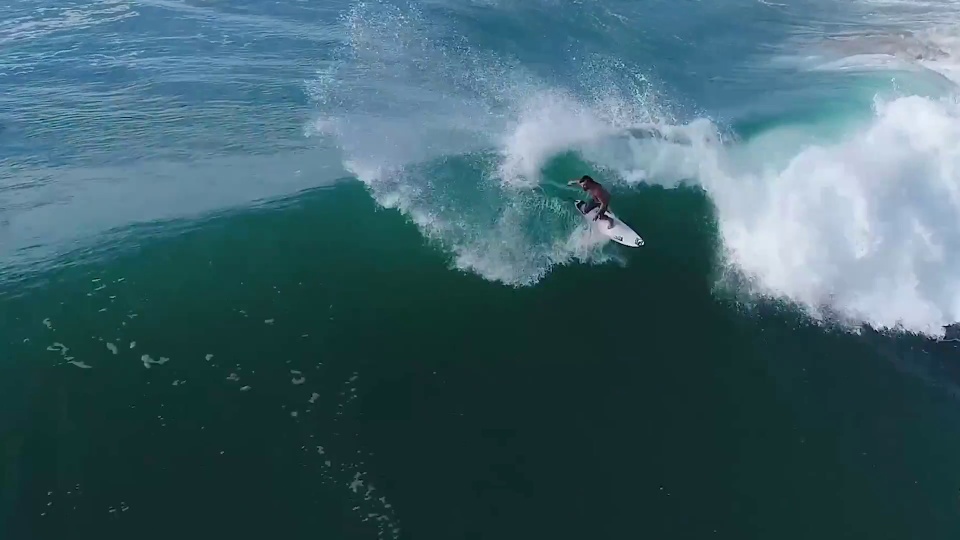 Headquarters
Carlsbad, CA with distribution in Australia and Europe, and manufacturing in Thailand
Industry
Manufacturing
Apps Replaced
Other

"Acumatica has an open platform, which was a huge selling point. The company looks for outside innovation and to work with as many ISV’s as possible to provide a multitude of solutions. We believe in that ethos because that’s how we operate."
Franklin Shiraki, CFO
Firewire Surfboards
Challenges
ERP Solution
Outcome
Challenges

For the past 12 years, Firewire Surfboards has harnessed high tech innovations and cutting-edge materials to reduce the toxicity of its surfboards while improving board performance. The Carlsbad, CA, eco-conscious, surfboard designer and producer, with a manufacturing facility located in Thailand, cut its waste per board by 95 percent and attracted like-minded environmentalists such as high-profile surfers like Rob Machado and Kelly Slater, now a member of the ownership group.

Executives had initially chosen a cost-effective ERP called Greentree Business Software and used it for more than a decade for basic transaction processing and as a company database. “The front end was bearable with a pretty archaic user interface, and the backend ran smoothly because there wasn’t much going on,” says Franklin Shiraki, CFO. “The platform never had a single upgrade, and we always knew we’d outgrow it.”

As Firewire Surfboards grew, they created workarounds in Greentree to extend its usefulness. But with operations in the U.S., UK, and Australia, and later, manufacturing operations in Thailand, it became apparent that Firewire needed something better. Rapid growth of more than 30 percent year over year in 2016 clearly illustrated they had reached a point where the prior solution couldn’t deliver the complexity and granularity Firewire needed. “I was doing all the financials and analysis in Excel, and we were using the ERP as a database only,” Shiraki says. “Every time someone asked for a report, I’d have to create it. There was nothing in the system like a dashboard and I’d spend hours and hours making reports.”

Shiraki was using three different ERP packages and he didn’t have visibility into two of the company’s five operating entities. The sales team also could not readily access data on specific retailers to learn which surfboards were selling and which weren’t.

Firewire, which sells its surfboards through retailers, once tried creating financial snapshots on a weekly basis, but abandoned that effort because the manual process was far too time consuming. The company’s Australian distribution arm was growing extremely frustrated as they experienced multiple computer crashes when logging in since the product was hosted on-premises in the U.S. office. “We previously had no resources to build a useful VPN, so our Australia entity had to use remote desktops and was always fighting Internet latency and Microsoft desktops crashing,” Shiraki says. “It was a huge pain point for them.”

With Acumatica, Firewire Surfboards adds as many users as it needs without requiring additional user licenses. “Acumatica’s unlimited user licensing weighed heavily in our decision and was a huge selling point,” Shiraki says. “It gives us the flexibility should we want to set up a customer portal. We also won’t have to worry about adding licenses as we grow.”

Acumatica’s flexibility was also a key differentiator. “We were looking for something that gave us as many options as possible. Our company today won’t be the same five years from now,” Shiraki says. “We’re not stagnant; not locked into policies, procedures or software. Everything we do is with the long-term perspective in mind, and we need an ERP system that can evolve with us.”

Acumatica’s open platform integrates well with several third-party partners, which helps Firewire remain the leading surfboard maker in the market. Acumatica is linked automatically in the U.S. and Australia, and soon Europe, to Brandscope, Firewire’s custom production database, as well as its Verifier tag software, which tracks boards through manufacturing.

“Acumatica has an open platform, which was a huge selling point,” Shiraki says. “The company looks for outside innovation and to work with as many ISV’s as possible to provide a multitude of solutions. We believe in that ethos because that’s how we operate.”

“We’re really a surfboard technology company more than a surfboard manufacturer,” he adds. “We’re trying to be as open source as possible in what we do and source new ideas to build better boards sustainably.”

Brandscope is Firewire’s sales and inventory management solution for its customers, giving them full insight into inventory levels, allowing them to place orders for stock, “so we know what to make for them if something is not already in process,” Shiraki says. In the future, Firewire plans to add Microsoft’s PowerBI to its Acumatica integrations.

Acumatica helps Firewire make better decisions because executives have much better visibility across all five operating entities and access to real time data at their fingertips. Employees no longer worry about bothering Shiraki and other members of the finance team to ask for a report or using hours of their time because those with role-based permissions can run their own reports, thanks to Acumatica’s ease of use.

“Acumatica helps us better analyze our sales and gives us the ability to analyze more categories with much more clarity,” Shiraki says. “We have a lot more real-time visibility into what other entities are doing, which allows me to be more effective and keep better tabs on what’s going on and helps us make more strategic financial decisions.” The new ERP also allows sales to better manage retail accounts in real time, which helps boost overall sales, he adds. Shiraki estimates he’ll save at least the four hours he’d previously spent every month manually creating financial statements, and he’ll be more responsive to upper management and the Board of Directors because Acumatica gives him the ability to run real-time financial snapshots instantly.

Shifting Technology Strategy to the Cloud

Firewire, which does not have an internal IT team, avoids costly server upgrades since Acumatica runs in the cloud, Shiraki says. “Being cloud-based, Acumatica keeps us from making costly investments in hardware, but it also allows us to pivot our business strategy in terms of technology.”

Previously, Firewire hosted its own internal servers in the U.S. and Thailand and relied on third parties to keep those servers running, which was expensive. “Everything is done on a cost benefit basis and now that we have an ERP that’s cloud based, it has allowed us to take a huge portion we spent on maintenance away.”

Firewire plans to move one last workload to the cloud and is exploring using cloud-based SharePoint for its file storage. “Now we have the resources of Acumatica, Crestwood and Microsoft and are benefiting from their knowledge rather than spending on technology and maintenance internally.”