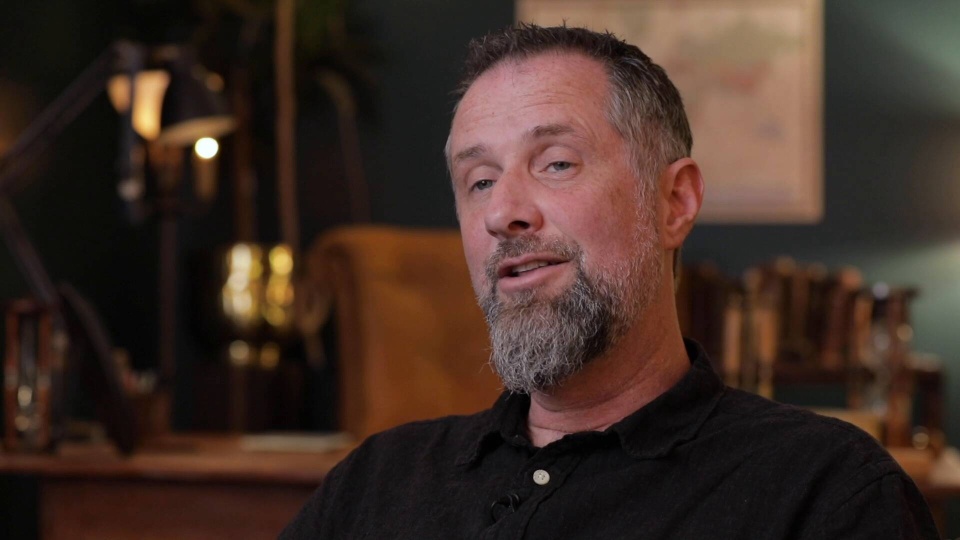 Location: Headquarters in Fort Worth, Texas, with manufacturing in Leon, Mexico

Application Replaced: NetSuite
Compare Acumatica vs NetSuite
"I had a million ideas but all of them were impossible with Oracle NetSuite. Now, I sleep, dream and hope - three things I was not able to do with NetSuite."

While working as a volunteer English teacher in Mexico, Dave Munson wanted a leather bag like Indiana Jones carried, so he found a leather craftsman to make him one. So many people asked where the bag came from that Munson decided to move to Juarez, Mexico, with his dog “Blue” (a black lab) to see if he could create a business selling the bags.

For three years, Munson slept on the floor in a house without hot water to save money as the high-end bags were made. Selling on eBay, his bags grew in popularity. Today, Saddleback Leather has a factory in Leon, Mexico, that employs more than 200 with another 55 employees at the company’s headquarters in Fort Worth, TX, where the luxury leather goods are sold via their online store.

Limping Along with Oracle NetSuite

After seven years of frustration with NetSuite’s limitations, Munson gave up. “Nothing worked fresh out of the box,” Munson explains. “It took 14 developers just to make it work. It was proprietary so anything you wanted changed took 10 times longer than necessary to implement.”

Saddleback used NetSuite’s front end as its first online store, thinking it would work seamlessly with its financials. But after many agonizing months, Munson learned those assumptions were wrong.

“They made it difficult to do any SEO on the website, and organic traffic is one of our biggest drivers,” he says. “Our load times were between 9 and 12 seconds and that’s after a new version straight out of the box. Google penalizes you for slow load times and we were constantly getting penalized.”

Saddleback Leather couldn’t create new product landing pages without having a programmer on board and it took repeated requests for NetSuite to enable customer reviews on the website. “That was a giant, three-month process to get reviews on an ecommerce site, information which is free functionality on all other websites,” Munson says.

Adding insult to injury, once they could get customer reviews onsite, there were no numbers next to the ratings. That, NetSuite told him, would be an extra charge per month, and result in even slower page loads.

Fed up with NetSuite’s low-performing online store software, Saddleback then decided to switch to Magento, a popular online storefront solution.

Saddleback’s internal development team of 14 tried to connect Magento to NetSuite for several months. They couldn’t get it to connect. After going a month without any sales, and unable to add online reviews to the website, Munson had finally had enough.

He’d explored leaving NetSuite in years prior but didn’t know what to implement next. His IT developer kept saying he should wait until the next upgrade and things would get better. “But it was always a downgrade with NetSuite,” he says.

His top requirements for a new ERP system at the time included an easy connection to Magento, efficient inventory management, and a cloud-based solution to avoid the need for onsite technology infrastructure.

Munson began researching ERPs and financial systems, including Sage and Microsoft. But he kept hearing from others that these legacy systems were retrofitted to work in the cloud, required more work, and were clunky.

Then a CEO friend suggested Acumatica, which fit all his requirements. “Everyone kept pointing us to Acumatica because of its pricing, aggressive development, and how user friendly it was,” Munson says.

"Prior to Acumatica, our IT developer kept saying we should wait until the next upgrade and things would get better...but it was always a downgrade with NetSuite."

Munson liked that Acumatica was an open platform for developers. The solution was very user friendly and offered progressive consumption-based pricing. It was also mobile, easily connected to third party software, handled inventory well, and was in the cloud, he says.

The company began implementing Acumatica with help from Acumatica partner Kensium in April and went live Oct. 1. Saddleback Leather’s IT development team shrunk from 14 to 2, reducing the company’s costs by some $750,000 annually, Munson says.

“We let all the NetSuite people go, which was sad because a lot of them were friends,” Munson said. “It stunk. One person threatened that we’d be out of business in three months if we left NetSuite.”

Saddleback Leather is now thriving thanks to Acumatica’s connected software, its ease of use and ability to work seamlessly with third party software. Sales have increased while its technology costs have shrunk dramatically.

“Our technology costs are now 33 percent cheaper and we have 10 times the functionality,” he says. “Our organic traffic is up 45 percent and we are selling more because we are off NetSuite and on Acumatica.”

Even better, for the first time in many years, executives have access to the same version of the company’s financial truth and can make decisions faster. They don’t waste time trying to figure out whose numbers are right or wait for month-end any longer. “With NetSuite, we tried for years to get a unified dashboard for executives,” Munson says. “No one at NetSuite could tell us how to get the same numbers which made it very difficult to get a clear understanding of our business and make decisions.” Now, with Acumatica, Saddleback Leather has one version of the truth at their fingertips in real-time. Executives have access to the same information and decisions are made much more quickly.

Saddleback employees are actually using the software because it is so easy to use, Munson says. “With NetSuite, it was so difficult to remember how to get to the right screen, so employees began using Google docs, Sheets, and Excel as a workaround because they didn’t want to ask how to do something again,” Munson explains.

They have not had that problem with Acumatica. “I find more people are using Acumatica because it’s intuitive, makes sense and is so easy to use,” he says. “We don’t have spreadsheets flying around and people have access to the same data all the time.”

Not only has Saddleback Leather reduced its overall operating costs because it doesn’t need to carry a large development staff or maintain costly infrastructure on premises, but the company isn’t paying out as much for the solution either.

“We’ve significantly lowered our tech costs because Acumatica charges based on consumption rather than per-user license,” Munson says. “And we don’t have to worry about adding users because it’s not a huge cost at all.”

Munson says Saddleback was paying some $230,000 annually for Oracle NetSuite and most likely spent another $4 million over seven years to keep it running with the large development staff.

He estimates Oracle NetSuite’s inefficiencies also cost the company millions because of the online traffic they didn’t get and the sales they didn’t generate.

Because Acumatica seamlessly connects to many third-party applications, Saddleback Leather has become much more effective in its marketing. Now, in addition to their website via the Native Big Commerce Connector, the company uses NETSTOCK, ShipStation, and ChannelAdvisor.

They can make product landing pages, add SEO and launch email marketing campaigns easily, all tasks extremely difficult to do with Oracle NetSuite.

“We’re implementing actions and a forum on our site, which we couldn’t do before, “he says. “We wanted it for years and years, and there is a long list of marketing things we can do now that we couldn’t before.”

“We’re getting more done since April than in almost 10 years,” Munson says, adding one employee approached him and said the progress was incredible. “He told me how he noticed we had done more recently than in all the years he had worked at Saddleback.”

“I had a million ideas but all of them were impossible with Oracle NetSuite. Now, I sleep, dream and hope – three things I was not able to do with NetSuite. Our culture and atmosphere are so much more positive, and people are in a good mood. Everything is coming together, and our company is growing at a fast rate. It’s fantastic.”

Tired of being surprised by hidden costs with Oracle NetSuite? See how Acumatica stacks up.

Before you choose a midmarket ERP system, check out our functionality checklists, key differentiators, and in-depth analysis.
Get the facts now