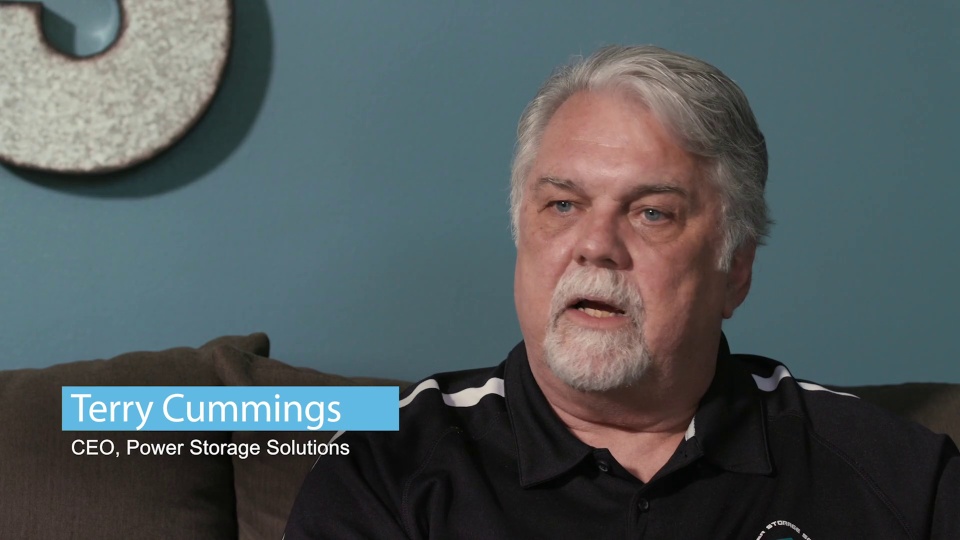 "In 60 days, we went from nothing in Acumatica to launching a $24 million company with 20,000 parts, 5,000 customers and having sales orders, projects, inventory, payables, and receivables live. It’s astronomical when you look at what we did and how Acumatica’s Cloud ERP system supports us."
Derrick Elledge, VP of Operations
Power Storage Solutions
Challenges
ERP Solution
Outcome
Challenges

While at Interstate PowerCare, Elledge led the team that implemented Salesforce.com, Steelbrick CPQ, Concur and Workday with the belief that implementing best of breed software would make the startup efficient and data rich.

“We had CRM with Salesforce, quoting managed through Salesforce CPQ, time managed through Workday, expenses managed through Concur, inventory and service management through Davisware; and it all sat on an Oracle E1 platform. We had six different operating systems we had to deal with at Interstate,” Elledge says. “Then we had to try to have them all communicate together.”

Instead of receiving the best-of-breed functionality they planned, they had tremendous problems connecting the software.

“It was ridiculous,” Elledge says. “Trying to get the systems to communicate, operating efficiencies decreased due to data not matching up between systems and inventory, along with time and expenses trailing in accounting. Management was constantly being surprised by something that came through in financials.”

“We obviously knew what we didn’t want, and what we wanted,” Elledge says. “We wanted an operating system that could handle all our business within one system. Frankly, we didn’t think we could find it. This is where we set the bar: we wanted to make sure accounting ran well, and we had something that could handle all six current operating systems within the same platform.”

Power Storage Solutions has offices in Dallas, Houston, Detroit and Florida. They employ 47 technicians, 10 sales and only five people in the back office.

Elledge compared NetSuite, QuickBooks, Sage and Microsoft Dynamics. NetSuite, he determined, was too expensive, and it seemed like a fit for a much bigger business. “NetSuite seemed a lot like Salesforce’s solution and we knew that Salesforce was very behind on having a quote to cash system. It was also a very expensive model and cumbersome to work in.”

“What really threw us over the top with Acumatica is that it offered a full quote-to-cash cycle and it overlaid on top of a solid of our accounting system. Acumatica offered a service package, purchasing, inventory, a Client Relationship Management (CRM), quoting, manages projects and sales orders – all right there in one Operating System,” Elledge says.

Acumatica is also affordable and, web-based, allowing for access from anywhere. It even offered Power Storage the ability to share data through a future customer portal. “Because of the way Acumatica is licensed – it allowed all our employees to be on the same system under one license – we quickly realized Acumatica was the system we wanted to use to grow the company with no need to bolt on anything else,” he says.

“We were shocked to find all of this functionality in one system.”

Elledge previously worked with PeopleSoft and Oracle software, which “were very difficult and costly to implement and you needed a whole lot of expertise,” he adds. “Each package has bolt-ons, but they really don’t seem to work well together. Their packages communicated but they don’t flow through the system the way we find Acumatica does.”

Another reason Power Storage liked Acumatica was for its mobility. “One of the biggest complaints (about their previous software) was when traveling, the team couldn’t get behind the VPN,” Elledge says. “With Acumatica, the mobility and cloud-based solution allows anyone to get on from anywhere.”

“In 60 days, we went from nothing in Acumatica to launching a $24 million company with 20,000 parts, 5,000 customers and having sales orders, projects, inventory, payables, receivables, and going live Dec. 1,” Elledge says.

“It’s astronomical when you look at what we did, and how Acumatica’s cloud ERP system supported us.”

When Salesforce launched at Interstate, it took nine months, $1.5 million and 15 people to get running, according to Elledge. When Power Storage’s Controller, Ryan Penton, switched his prior mid-sized company to NetSuite, it took six months, 20 people and some $500,000.

Elledge says he’s not an IT guy, just a software power user, and credits Acumatica’s flexibility along with the great support of Client’s First, which took the time to understand how Power Storage runs, what its projects involve, and then configured Acumatica to make it all work.

To launch Acumatica so quickly, the Power Storage team made several key decisions. Since they didn’t have quoting tools migrate from Interstate, they crossed that off the initial launch list. They prioritized basic accounting functions like accounts payable and accounts receivable, sales orders and projects. Expenses were added after those systems were up and running.

“We’re now working on adding time cards into the system, implementing CRM, sales order quoting, and then projects and the service module will be added,” Elledge says.

“Once we launched, it was amazing,” he says. “During the first month we billed $1.7 million straight out of Acumatica, and closed the month in 45 days. In January, it only took 30 days to close, February 15 days and March was 5 days. We’re still finding small things we need to fine tune around project accounting, the area of our business that’s most complicated.”

“Our top benefit was the cost and time getting up and running on the system,” Elledge says. “Now that we’re starting to build dashboards and people are communicating through the system, we’re changing the way we are running our business.”

Reduced Project Review Period from Six Weeks to One

Previously, it took six to eight weeks after a project ended to determine the true cost of a project. That’s because gathering information from six disconnected systems wasted a lot of time. Expenses through Concur came every two weeks. That information would then be matched with time from Workday, which also flowed once every two weeks. There were a lot of trailing cost due to these poor system integrations.

Now, when a job is done one week, the expenses and time are fully uploaded by Monday, so anything invoiced the previous week can be reviewed by a service manager. If the profitability or cost to budget is not correct, the sales team and service managers can instantly discuss how to adjust future projects. If the project comes in as estimated, the team can see immediately and congratulate each other. “We’re starting to see great conversations that are improving productivity and our gross profit because everyone sees the exact same information, in the same way on the same system at the same time,” Elledge says. “That’s extremely powerful.”

The team at Power Storage loves entering expenses into Acumatica. “It’s the easiest system ever, and I hear that over and over how easy it is to assign expenses to project, take a photo of a receipt from a phone, and in two minutes have it logged into the system,” Elledge says.

The company now has data instantly available so they can make dynamic, corrective actions in real-time, which has transformed operations and gross profits. If they’ve budgeted a project for 10 hours but learn someone logged 40 hours, or a project is scheduled for two days and it takes four, they can take immediate action – not wait for 8 weeks to get the information.

Power Storage’s projects last anywhere from four hours to 6 to 8 weeks to as long as 40 weeks, and the team uses Excel and Outlook to schedule technicians and projects. Power Storage plans to implement the Field Services module in Acumatica, which will allow them to better communicate with technicians and customers.

They will be able to send information such as who to contact on a site, what procedures they need to follow, what qualifications are needed to work on highly secure sites, what clearances they need and other project specifics.

Elledge looks forward to moving off Excel to Acumatica to streamline scheduling and communication and becoming more efficient. Invoicing sales and services separately and then being able to have each roll up into a project gives them one holistic view of a project.

Acumatica Provides Dynamic Detail So You Can Act Quickly

The ability to create dashboards with permissions lets Power Storage provide access to critical information on a need-to-know basis or throughout the whole company. Creating an accounts receivable dashboard not only help the accounting team pinpoint top collection priorities, and, by providing access to the sales team, Power Storage reduced past due accounts, for example.

“We have a nice-looking dashboard that shows what’s past due now and who’s out 60 or 90 days; it’s color-coded, and we can drill down and see notes about the account. We can also see the top 10 overdue accounts and past due by salesperson, which has helped us collect more efficiently,” Elledge says.

“Nothing I’ve seen out there will do as much as Acumatica will do,” he says. “Acumatica might not have the single best in class in any one function, but it is above class in so many functions. Offering everything all in one system is more powerful than having disparate, best-in-class applications.”

At Interstate PowerCare, Elledge implemented a best-in-class strategy using Concur, Workday, Salesforce and others. “Now, if I tried to go back to Salesforce or Concur, I think I’d be run out of the company,” he says, adding, “I’m not overselling the importance of it. People underestimate how important it is to have one system you can modify to what you want to do compared to having piecemeal programs that do one thing special.”

Implementing Acumatica has allowed Power Storage to eliminate what Elledge estimates is some $40,000 to $50,000 in waste a month out of their systems from lost revenues to lost time trying to get the information they need out of so many different systems.

The entire Power Storage team is now on the same page, with access to real-time information which allows them to better communicate internally and with their customers, improving customer service.

For the first time, the company can make data-driven decisions with a high degree of confidence. “We can now see a clear picture of the business for the first time,” Elledge says. “It’s hard now to even remember all the steps we had to go through before Acumatica just to get a view of what was going on in our business, and I wouldn’t want to go back.”