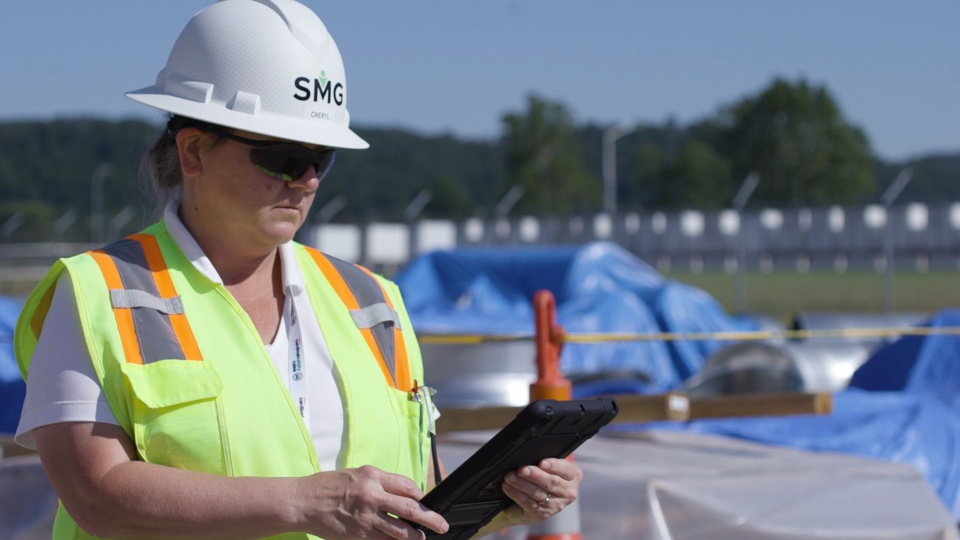 Application Replaced: Sage and Other
Compare Acumatica vs Sage
"We have a workforce hungry for KPIs and metrics and Acumatica provides our employees and upper management with actionable data at their fingertips."

Safety Management Group is one of the fastest growing companies in Indiana and has been named by Inc. Magazine as one of the Top 5000 Fastest-Growing Private Companies in the country multiple times over. Now imagine you are the new CFO at the 200-plus employee firm with a large and growing national field services team and have been told that obtaining accurate time and expense data is pretty much impossible. Rebecca Ogle, CFO at Safety Management Group, says her predecessor warned her she’d need to figure out “the witching hour” and how, as a CPA obsessed with accuracy, she could cope with the discrepancies.

“He said if I ran reports too late in the day, this would be the difference. And if I ran it later, the difference would be bigger. I literally had to try to pick the time of day hoping most people had gone to bed to run the unbilled expense reports hoping for a difference I could live with. Trying to get a report that was dead on was a moving target.”

Tracy Kilburn, PHR, handles payroll for the firm, which offers safety consulting services and training nationwide to healthcare facilities and construction and manufacturing firms, had an equally difficult time. Hired to work part-time, she regularly clocked some 40 to 50 hours just to enter payroll. She spent countless hours keying in individual time sheets and then uploading the data to a payroll provider.

For more than 10 years, Safety Management Group, also known as SMG, ran on seven legacy systems. They used Sage for the general ledger and payables, which Ogle said functioned more like a glorified check book. They used BQE Software for time and accounts receivable and Concur for expenses. They used F9 Software for financial reporting, an Access database for conversion files, and multiple spreadsheets. “We were also a former user of Salesforce.com, but we had stopped using it because of problems with integration and maintenance,” Ogle says.

While executives were able to get some financial reports, they were painfully aware that doing so meant Ogle manually had to extract data from several applications and then create spreadsheets and reports to get them what they needed. “When I sat with Rebecca and saw the five or six spreadsheets she had to create trying to make the machine run, I considered whether we were getting accurate information with so much manual manipulation,” Gieseking says.

When Ogle joined the team, SMG was five years into a 10-year growth plan that included doubling the national workforce to 400 and continuing to grow revenues by double digits. To achieve those goals, Gieseking and the executive team recognized they needed a better technology platform.

High on the priority list was obtaining a cloud-based solution that gave the 200 or more field service workers and managers better access to project data while also making time and expense entry much easier, Ogle says.

"With Acumatica located in the cloud, it literally is no different sitting here at home or in my office chair, and it’s like that for my team. The functionality is the same, everyone is productive, and that’s a huge relief."

Ogle talked to SMG’s long-time technology partner Somerset Cloud ERP about the company’s needs to support its rapid growth and unique business requirements. “My demand list was pretty set, and not a lot of competitors could get on the list,” Ogle says, adding that there weren’t a lot of true-cloud platforms. “In the end, we really had just two options: Sage Intacct and Acumatica.” Once Somerset Cloud ERP demoed Acumatica and explained the growth-friendly pricing model and ability to seamlessly integrate with third-party applications, it became evident that was the best choice, she says.

“I think one of the reasons we stayed where we were for so long is that when you start looking at integrated software, it’s very expensive,” Ogle says. “But Acumatica is very modern and progressive and has a very different pricing model than all the other software we looked at. I loved the transaction-based pricing.”

Acumatica’s full-function mobile app was also attractive; it would give the remote field service team working from 37 states much better access to a single source of truth and give managers greater visibility and the tools necessary to manage their projects.

In partnership with Jason Leveson of Somerset Cloud ERP leading the implementation, “Project 7 to 1” was launched. Ogle said her biggest worry during implementation was “bringing enough data over to adequately mothball all seven systems while also limiting any disruption to our associates.” SMG switched over its accounting department (invoicing, GL, AP, bank reconciliations, etc.) and time tracking first. They staged the switch for expenses from Concur over a one-month period. Then dashboards, CRM and third-party integrations were scheduled for post “go-live” dates.

SMG’s accounting team and CFO now focus on strategic business initiatives while the executive team has much deeper insight into the business with the level of accuracy required to make decisions for a growing midmarket company. “To now be able to see downtime for an associate, who may be underutilized, or which accounts have bills coming due or how we are doing from cash perspective with the push of a button is exciting to me,” says Gieseking.

Ogle estimates Acumatica’s dashboards and the ability to operate from a single source of data freed up some 12 weeks of her time a year. She no longer spends hours creating executive financial reports, trying to close out time and expense reporting or hours trying to reconcile everything for month end. The data is all in one place and readily available in Acumatica.

“The time system can now be locked down, financial modules can be closed and controlled, and Acumatica allows me an extra week every month that I can work on projects or initiatives,” says Ogle ticking off Acumatica’s benefits. “It also helped from a cost perspective.”

That’s because consolidating time and expense reporting into a single source of data saved the 5-person accounting staff several hours and allowed them to avoid hiring an additional person. Because the mobile workforce uploads time and expense information directly into Acumatica, the payroll person cut the time it takes to run payroll from some 40 hours to 10.

Part of that reduction happened because Acumatica easily connects to third party applications including Paylocity, which the company uses for payroll. Somerset Cloud ERP initiated customizations that now makes processing payroll a breeze. “She has been able to take on other projects and help me with a new compliance division while also resuming a part time schedule,” Ogle says. “That’s huge.”

In using the Acumatica mobile app, the field services team have business capabilities they have not had before. SMG managers log in and “see what they need to at level of detail they never had before across all the points of a project that are important,” Ogle says. They now see data such as invoices that need approval, employee billable hours, and if clients have paid a bill. Previously, with SAP Concur, which was escalating in cost, they could approve time and expenses but there was no visibility into projects. “The visibility has increased 10-fold,” she says.

“Acumatica also allows us to have a bid tool that’s consistent, so all managers bidding work can estimate work correctly,” Gieseking adds. Before, they relied on a locked spreadsheet that wasn’t updated often, and some bids were made using old information. “We had used Salesforce but mothballed it because it was difficult to maintain the separate system,” Ogle explains. “The ability to have everything in one place is a huge benefit with Acumatica.”

Easy transition to work from home

When the Pandemic hit, SMG’s headquarters staff shifted from its Indianapolis based office to working from home, virtually overnight. Because of Acumatica’s cloud-based platform, the shift was “miraculously easy,” says Ogle. “In a day’s time we confirmed everyone had what they needed, they took their office work home that night, and started working from home the next day.”

“I couldn’t fathom that we could’ve picked up in a day and be remote without Acumatica,” she says. “I shudder to think about the amount of time and coordination it would have taken with our prior system.”

Poised for continued growth with a connected business

Despite the uncertainties surrounding the Covid-19 crisis, Safety Management Group is anticipating continued growth and can make better decisions based on real-time data. They easily on-boarded some 50 associates since the company’s original go-live.

Acumatica has also allowed SMG to avoid expensive software seat licenses which across its previous seven systems had climbed to more than $50,000 from just $7,000 several years ago.

“Acumatica definitely positions us for growth,” Gieseking says. “The way we were doing things was outdated and it wasn’t allowing us to operate in the most efficient and cost-effective manner. Acumatica better aligns with our growth path & ever evolving business needs.”

Application replaced:
Sage and Other

Looking for an alternative to Sage’s aging product line? Find out what a modern cloud ERP solution from Acumatica can offer.

Replace or Do Nothing? Determining the costs of replacing your ERP system

Use Acumatica’s pricing tool to find out the real cost of moving to a modern ERP system. Calculate ROI and total cost of ownership for any ERP.
Calculate now