Editor’s Note: This is our second of a number of video blogs by our Acumatica Community of Developer MVPs we are planning to publish in the coming months.  The idea is to have relatively short videos of our MVPs sharing developer insights, commentary, and exploration of discreet developer technology topics.  In our first Acumatica Developer Vlog, Keith explored the new workflow editor we delivered in Acumatica 2020R1 recently.

In my short video embedded below, I demonstrate how you can capture SQL queries, which Acumatica generates from Acumatica BQL statements.  This works with either Microsoft SQL Server and MySQL. For MS SQL, the process is straightforward and rather simple. Microsoft released their SQL Server Profiler which can inform you quite precisely what may be likely wrong with the translation of BQL to SQL query statements. However, in the case of MySQL, it’s not always very clear where problems may lie. Here I share my experience and provide developers some of what I have learned to analyze and capture SQL Queries generated by Acumatica for MySQL. 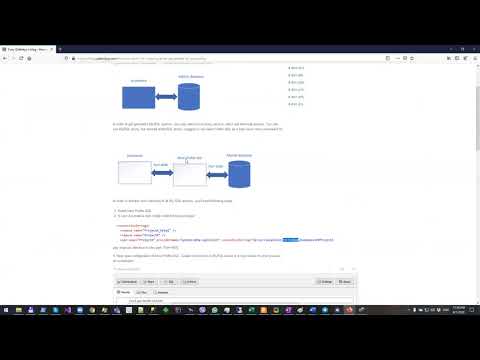 Yuriy started programming in 2003 using C++ and FoxPro then switching to .Net in 2006. Beginning in 2013, he has been actively developing applications using the Acumatica xRP Framework, developing solutions for many clients over the years. He has a personal blog, aptly named Yuriy Zaletskyy’s Blog, where he has been documenting programming issues he’s run into over the past six years – sharing his observations and solutions freely with other Acumatica developers.

Get Acumatica Blog email updates as newsletters delivered bi-weekly to your inbox. Convenient!